An atheist was walking through the woods.
'What majestic trees!
'What powerful rivers!
'What beautiful animals!
He said to himself.

As he was walking alongside the river, he heard a rustling in the bushes behind him.
He turned to look. He saw a 9-foot grizzly bear charge towards him. 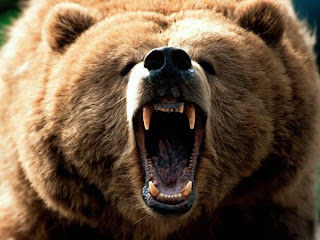 He tripped & fell on the ground.
He rolled over to pick himself up but saw that the bear was right on top of
him, reaching for him with his left paw & raising his right paw to strike him.

At that instant the Atheist cried out, 'Oh my God!'

Time Stopped.
The bear froze.
The forest was silent.

As a bright light shone upon them, a voice came out of the sky.

'You deny my existence for all these years, teach others I don't exist and even credit creation to cosmic accident. Do you expect me to help you out of this predicament?

Am I to count you as a believer?'

The atheist looked directly into the light, 'It would be hypocritical of me to suddenly ask you to treat me as a Christian now, but perhaps you could make the BEAR a Christian.'

The light went out. The sounds of the forest resumed and the bear dropped his right paw, brought both paws together, bowed his head & spoke: 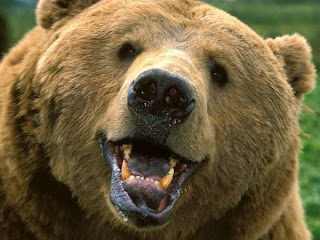 'Lord bless this food, which I am about to receive from thy bounty through Christ our Lord, Amen.'

that was a VERY good one!

This was so funny. Always best to bless one's food.

We want to thank you so much for visiting us when Mom was sick. She is feeling a lot better now, so we get to visit more. Mom says today is a great day for staying warm inside and visiting. Windy and rainy outside.

How good of the bear to pray...

That's what we say before we eat the mousies!

Hahaha, that's a good one!
Your buddy, Jimmy Joe